Europa Song Contest 6, often referred to as ESC 6, was the sixth edition of the Europa Song Contest. It was held in Dnipro, Ukraine as it was the host's country chose Dnipro Arena while Oleksandr Skichko and Volodymyr Ostapchuk were selected as the presenter.

Forty-eight countries participated in the edition including Australia that made their debut appearance in the edition with Cyprus, Denmark, Ireland, Latvia. Morocco. Romania and Serbia returning. France, Georgia, Lebanon, Slovakia and Turkey announced their withdrawal from the sixth edition

.Iceland was crowned as the winner of the edition with the song "Tribalist" performed by iLL Blu ft, Glowie. The song gathered a total of 410 points, 56 points ahead the runner-up, FYR Macedonia. Greece finished on third place, while Australia, Norway and Romania completed the top 6 of the edition.

Known as Ekaterinoslav until 1925, the city was formally inaugurated by the Russian Empress Catherine the Great in 1787 as the administrative centre of the newly acquired vast territories of imperial New Russia, including those ceded to Russia by the Ottoman Empire under the Treaty of Küçük Kaynarca. The city was originally envisioned as the Russian Empire's third capital city, after Moscow and Saint Petersburg. A vital industrial centre of Soviet Ukraine, Dniprowas one of the key centres of the nuclear, arms, and space industries of the Soviet Union. In particular, it is home to the Yuzhmash, a major space and ballistic missile design bureau and manufacturer. Because of its military industry, Dnipro was a closed city until the 1990s. On 19 May 2016 the official name of the city was changed to Dnipro.

Dnipro was originally known as Ekaterinoslav, which could be approximately rendered as "the glory of Catherine", presumably with reference to Catherine the Great (technically, the naming might have been in honour of Saint Catherine of Alexandria). It was founded in 1787 (the official founding year was set to 1776 in 1976 in an effort to please the General Secretary of the Central Committee of the Communist Party of the Soviet Union Leonid Brezhnev) as the administrative centre of Russia's newly re-established Azov Governorate, which in 1783 was merged into a much bigger Ekaterinoslav Viceroyalty; later, from 1796 to 1802, as Novorossiysk, it was the centre of the recreated Novorossiya Governorate, and subsequently, till 1925, of the Ekaterinoslav Governorate.

Dnipro is a powerhouse of Ukraine's business and politics as the native city for many of the country's most important figures. Ukraine's politics are still defined by the legacies of Leonid Kuchma, Pavlo Lazarenko and Yuliya Tymoshenko whose intermingled careers started in Dnipro. 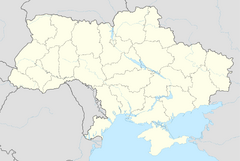 Odessa
Locations of the candidate cities.

After the Russian February revolution in 1917, Ekaterinoslav became a city within autonomy of Ukrainian People's Republic under Tsentralna Rada government. In November 1917, the Bolsheviks led a rebellion and took power for a short time. The city experienced occupation by German and Austrian-Hungarian armies that were allies of Ukrainian Hetman Pavlo Skoropadskyi and helped him to keep authority in the country.

The first fortified town in what is now Dnipro was probably built in the mid-16th century according to archeological findings. 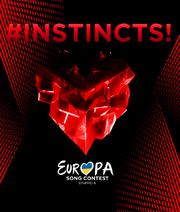 The sixth edition logo of the Europa Song Contest was previously designed by George Rospier the main producer of Europa Song Contest. The main idea was to transmit something shocking, intense and energetic due to the some issues that the contest was suffering in the last edition. Overcoming those issues between all the producers and participants, led to this magnificient logo and everything is possible if you want to the #Instincts!, which that's where the a note the Support Banners was made them by the Ukrainian broadcaster UA:PBC.

The running order of the semi-finals and the final of the edition was by producers appointed by both the EBU and the host broadcaster UA:PBC.

There were six sneak peeks with up to eight countries in each sneak peek. The countries were divided into the sneak peeks according to the order of the songs announcement with the songs that were announced first being in the first sneak peek. 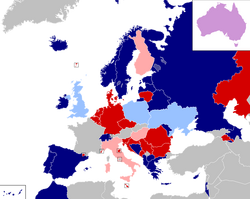 Five countries, however, announced their withdrawal from the contest: France, Georgia, Lebanon, Slovakia and Turkey.

Twenty countries participate in the first semi-final. Australia, Finland, Hungary and Italy also voted in this semi-final. The highlighted countries qualified for the final.

Twenty-one countries participate in the second semi-final. Australia, Poland, Ukraine and the United Kingdom also voted in this semi-final. The highlighted countries qualified for the final.

Twenty-seven countries participated in the final, with all forty eight participating countries eligible to vote.

Retrieved from "https://eusc.fandom.com/wiki/Europa_Song_Contest_6?oldid=11351"
Community content is available under CC-BY-SA unless otherwise noted.