Forty-four countries participated in the edition including Andorra, Morocco, Liechtenstein, Luxembourg and Switzerland that made their debut appearance in the edition with Albania and Portugal returning. France, Latvia, Slovakia and Slovakia announced their withdrawal from the third edition.

Greece was crowned as the winner of the edition with the song "Mono Gia Sena" performed by Eleni Foureira. The song gathered a total of 277 points, 76 points ahead the runner-up, Netherlands. Serbia finished on third place, while Germany, Denmark and Croatia completed the top 6 of the edition.

In 1434, a new citadel was constructed at the beach south of the town. This fortress, known today as Malmöhus, did not take its current form until the mid-16th century. Several other fortifications were constructed, making Malmö Sweden's most fortified city, but only Malmöhus remains.

Malmö in 1580: Malmö Castle can be seen at far left, Sankt Petri Church's tower at center

Lutheran teachings spread during the 16th century Protestant Reformation, and Malmö became one of the first cities in Scandinavia to fully convert (1527–1529) to this Protestant denomination.

In the 17th century, Malmö and the Scanian region (Skåneland) came under control of Sweden following the Treaty of Roskilde with Denmark, signed in 1658. Fighting continued, however; in June 1677, 14,000 Danish troops laid siege to Malmö for a month, but were unable to defeat the Swedish troops holding it.

For further information see Malmö
Malmö is the capital and largest city of the Swedish county of Scania. Malmö is the third largest city in Sweden, after Stockholm and Gothenburg, and the 5th biggest city in Scandinavia, with a population of above 300,000. The Malmö Metropolitan Region is home to 700,000 people, and the Øresund Region, which includes Malmö, is home to 3.9 million people.

Malmö was one of the earliest and most industrialized towns of Scandinavia, but it struggled with the adaptation to post-industrialism. Since the construction of the Øresund Bridge, Malmö has undergone a major transformation with architectural developments, and it has attracted new biotech and IT companies, and particularly students through Malmö University, founded in 1998. The city contains many historic buildings and parks, and is also a commercial centre for the western part of Scania.

The earliest written mention of Malmö as a city dates from 1275. It is thought to have been founded a couple of decades earlier, as a fortified quay or ferry berth of the Archbishop of Lund, some 20 kilometres (12 miles) to the north-east. Malmö was for centuries Denmark's second-biggest city. Its original name was Malmhaug (with alternate spellings), meaning "Gravel pile" or "Ore Hill".

In the 15th century, Malmö became one of Denmark's largest and most frequented cities, reaching a population of approximately 5,000 inhabitants. It became the most important city around the Øresund, with the German Hanseatic League frequenting it as a marketplace, and was notable for its flourishing herring fishery. In 1437, King Eric of Pomerania (King of Denmark from 1396–1439) granted the city's arms: argent with a griffin gules, based on Eric's arms from Pomerania. The griffin's head as a symbol of Malmö extended to the entire province of Scania from 1660. 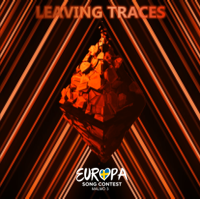 The third edition logo of the Europa Song Contest was previously designed by George Rospier the main producer of Europa Song Contest. The main idea was to transmit something shocking, intense and energetic due to the some issues that the contest was suffering in the last edition. Overcoming those issues between all the producers and participants, led to this magnificient logo and everything is possible if you want to Leaving Traces, which that's where the A note the Support Banners was made them by the Swedish broadcaster SVT.'

The running order of the semi-finals and the final of the edition was by producers appointed by both the EBU and the host broadcaster SVT. 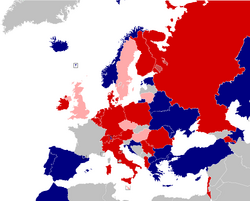 However, four countries withdrew from the edition; France, Latvia, Slovakia and Slovenia.

Nineteen countries participate in the first semi-final. Czech Republic, Malta and Sweden also voted in this semi-final. The highlighted countries qualified for the final.

Nineteen countries participate in the second semi-final. Hungary, Lithuania and the United Kingdom also voted in this semi-final. The highlighted countries qualified for the final.

A poll was opened during the final of the edition with all the finalists. The public could vote for their favorite songs and there was no limit in choices. However, only one vote per user was allowed. The winner and the top 10 of the poll was presented before the final voting.

Retrieved from "https://eusc.fandom.com/wiki/Europa_Song_Contest_3?oldid=11618"
Community content is available under CC-BY-SA unless otherwise noted.